To share your memory on the wall of William Kennedy, sign in using one of the following options:

He enjoyed big family gatherings surrounded by his wife, four children, and twelve grandchildren, and loved anything water – fishing, sailing or just a ride to the beach. He especially loved watching a good storm rolling in over the water. A quiet, gentle, loving husband, father, grandfather and brother, he will be dearly missed.

The oldest of four sons born to Martin C. and Helen (King) Kennedy in Lowell, MA, he graduated from Keith Academy, Lowell and later Boston College Class of 1951. He relished being one of BC’s 50 year “Golden Eagle” alumni. Upon graduation from BC, Bill worked for The Dewey and Almy Chemical Company of Cambridge MA as a chemist for many years and ultimately moved to Polyvinyl Chemical Industries of Wilmington MA (now known as AstraZeneca). He was extremely proud of his work and he retired in 1996 after 28 rewarding years.

Bill was a member of the first parish council at St Eulalia Church of Winchester where he was a faithful parishioner for more than 40 years. A person who believed it was important to give back, he supported the CYO basketball program for many years. Bill enjoyed memberships at the Winchester Swim and Tennis Club and at the Winchester Boat Club where he served as Rear Commodore. Many happy days for Bill were spent on Mystic Lake as part of the race committee. In recent years he took to collecting and caring for orchids and would jump at the chance to attend the Boston Flower Show. He was most happy though with his family around him.

Due to COVID restrictions a private Mass of Christian burial will be celebrated on February 26, 2021 at 11am at Saint Eulalia’s Church Winchester, MA. The Mass will be live streamed, to view please visitsainteulalia.org/live-stream

The Interment will be at the Wildwood Cemetery, 34 Palmer St, Winchester, MA immediately following the funeral mass.

In lieu of flowers donations can be made in memory of William J Kennedy to the Home Base Program, 125 Nashua Street, Ste. 540, Boston, MA 02114 (online at homebase.org/donate) or to the Reading Rotary Charitable Trust, PO Box 61, Reading MA (online at https://readingmarotary.org/). Arrangements under the direction of Lane Funeral Home, WINCHESTER. For online condolences please visit https://www.lanefuneral.com/.
Read Less

Receive notifications about information and event scheduling for William

We encourage you to share your most beloved memories of William here, so that the family and other loved ones can always see it. You can upload cherished photographs, or share your favorite stories, and can even comment on those shared by others.

Posted Feb 26, 2021 at 03:08pm
Dear Jill and family - our deepest sympathies on the death of Bill. Our memories of all of you go back to our first introduction to St. Eulalia's in 1970 and reading of Bill's involvement from the beginning of the parish brought back those memories. Your whole family was a regular presence as we toted our little ones to Mass and hoped they would grow up to be as well-behaved as yours were! We are glad you are still surrounded by friends and family especially with this new hole in your life.
We pray for Bill and for all of you who will miss him.

Posted Feb 26, 2021 at 08:52am
Jill and family, Bill will be missed, our condolences to you and your family. We miss you in the neighborhood.

Posted Feb 26, 2021 at 06:54am
Sending Prayers for Aunt Jill, Mary, Mark, Maura and Matt. We will miss the many interesting conversations we had with Uncle Bill, and his laugh. Prayers that he is at Peace with God and surrounded by loved ones in heaven.
Love, Jack, David, Michaela and Jamie,
Comment Share
Share via:
MY

Posted Feb 25, 2021 at 09:32am
Although we were not related to Bill, he was always considered part of our family. The close relationship between our families goes back over 65+ years to Jill and Bill’s first apartment on Chandler Street. I have many fond memories from our family gatherings over the years. Sending my sincere condolences to the Kennedy family.
Mary (Telford) Yenulevich and Family
Comment Share
Share via: 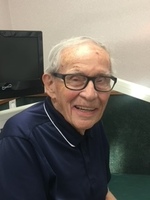 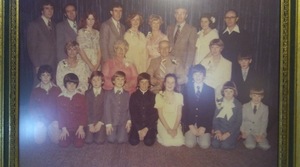 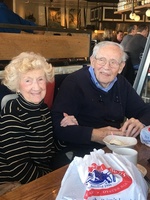 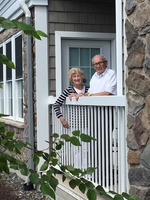