To share your memory on the wall of Thomas Ford, sign in using one of the following options:

Receive notifications about information and event scheduling for Thomas

We encourage you to share your most beloved memories of Thomas here, so that the family and other loved ones can always see it. You can upload cherished photographs, or share your favorite stories, and can even comment on those shared by others.

Chuck Eaton and the members of Spirit of Adventure Council

3 trees were planted in the memory of Thomas Ford

Posted Feb 24, 2021 at 10:43am
I'm so sorry to learn of Tom's passing. Tom and my Mom, Mary Dillon Mammola were 1st cousins and were very close growing up. May he rest in eternal peace. Sincerely, Anne Louise Mammola Breslin
Comment Share
Share via: 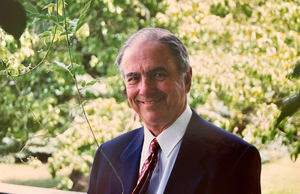