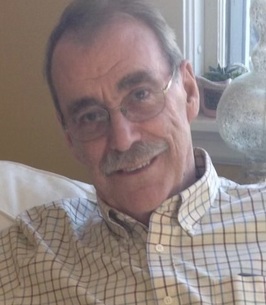 Robert J. Denn, 75, of Winchester and Wellfleet, MA died August 31, 2022 of heart issues after many months of hospitalization and a courageous battle.

Born in Albany, NY on January 7, 1947, he graduated from the Vincentian Institute in Albany, NY and received a B.A. in English from Albany State University. He went on to receive an M.A. in English from Northeastern University and a Ph.D. in English with a concentration in Colonial American Literature and History from Michigan State University.
He met his wife of 48 years while they were both teaching at Northeastern University in 1972 and after 6 years in Michigan where Robert pursued his Ph.D, they settled in the Boston area. He worked for many years as a manager of software engineers at Digital Equipment Corporation and later at Oracle Corporation, finally retiring in 2003 from a position as Executive Editor at O’Reilly & Associates, Inc. In retirement, he tutored elementary students in Math and Reading in inner city schools in Boston; enjoyed European travel with his wife, studying the language of every country they visited; took piano lessons at Winchester Community Music School; and continued his lifelong playing of the guitar, both blue grass and classical.

Known for his far-ranging intellectual curiosity and dry wit, he had a large capacity for joy, well hidden by a cynical view of world events. He continued to study classical languages and literature, history, and science long after he finished his formal education. He was a lover of literature, folk and classical music, sailing and the sea, all large and small animals, and long walks and the birds he saw on them, including a heron at Horn Pond whom he affectionately named Ted.

Robert felt grateful to have a 50-year relationship with his wife that was full of love. Being a father was a central part of who he was and he adored his two daughters. He was frequently heard remarking that he really lucked out with two wonderful sons-in- law and struck gold when his granddaughter, Rosie, was born two years ago. He was looking forward to meeting a second granddaughter later this year. Robert was totally devoted to his family and wanted the world to be a better place for them and those he loved.

When asked what he would want his gravestone to read, he said, “he knew a lot of songs.”

The family will host a gathering/open house at their home to celebrate his life on Saturday, September 24 between 2-5 pm at 43 Myrtle Terrace, Winchester, MA 01890. To send a memorial condolence, please visit www.lanefuneral.com. In lieu of flowers, please consider making a contribution to the Union of Concerned Scientists at https://www.ucsusa.org/ or to Winchester Community Music School at https://www.winchestermusic.org/