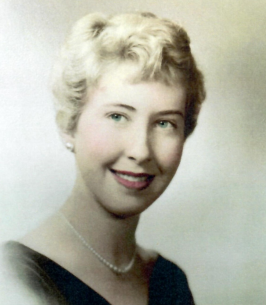 Born on October 4, 1938, Mary Ann grew up in Watertown, Massachusetts attending Mt. Trinity Academy and then Georgetown University, where she obtained her nursing degree (though her active participation in the theater there prompted the nuns to ask her if she wanted to be a nurse or an actress!) She later went back to Boston College for a Master’s degree. She worked as a psychiatric nurse over a long career, helping countless people with her counsel, humor, and wisdom.

Mary Ann filled a room. She was vibrant, down-to-earth, and really, really funny. Her sense of adventure was well-noted; at age 26 she flew by herself with her six-week old daughter to East Pakistan (Bangladesh) where her then-husband was stationed with the U.S. Public Health Service. Later she lived with her family in Cairo, Egypt; as various relatives and friends visited she lined up adventures and trips in order to see every inch of the country. She loved to travel and in particular loved Mexico.

But for all her adventures, she was mostly content being with family and friends. She was close to her nieces Nancy Hughes (Chris), Susan Toohey, and Lynn O’Shea and sister-in-law Alice O’Shea, and was always up for a family reunion. Mary Ann loved to give presents at Christmas, starting her shopping in July for very personal, unique gifts.

She is predeceased by her mother Marion (nee McCarthy) O’Shea, father John J. O’Shea, and brothers John J. O’Shea Jr. and Edward O’Shea. Her youngest brother Eddie was born with severe cognitive delays and lived his short life at the Fernald School. It is because of this, she wanted donations made in her name in lieu of flowers to go to The Arc of Massachusetts (thearcofmass.org).