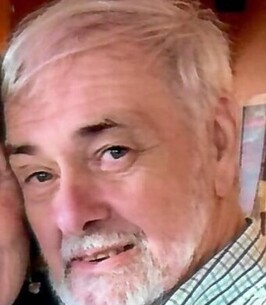 The son of John and Pauline (McCarty) Shanahan, John was born in Medford and raised in Winchester. He was a proud veteran, serving in the Navy from 1968 to 1972 in the engine room of the USS Dahlgren. Afterwards, he graduated from the Vesper George School of Art and later worked as an engineer for Winchester Hospital before retiring in 2018.

A stint as a cook at a Boston restaurant led to him meeting future wife, Diane (Bothe). They raised two children, Megan and Matthew, during 42 years of marriage.

John loved being in nature as well as painting and photographing it. He hiked along the Appalachian Trail and beyond. He spent many summers on the edge of the Rachel Carson National Wildlife Refuge in Wells, Maine, and fulfilled a years-long dream in 2016 of venturing to the Alaskan outdoors.

He loved sports, whether coaching his son's baseball team or rooting for all his beloved Boston sports teams. And he was a hell of a hockey player.

In addition to his beloved wife and children, John is survived by brothers Richard and David and three grandchildren he adored, Ariella, Benjamin and Rosalie.

A visitation will be held at the Lane Funeral Home in Winchester on Jan. 18 from 10 a.m. to 12 p.m. Masks are required. In lieu of flowers, please consider a donation in his memory to the Alzheimer's Association or the Audubon Society.