To share your memory on the wall of John Piantedosi, sign in using one of the following options:

John was the last surviving family member and founder of the Piantedosi Baking Company located in Malden, which today is 105 years old and boasts a national and international business clientele. The bakery was started in 1916 in Everett by his parents, Salvatore and Mary, and became a very successful family-run business with their 3 sons, Carmine, Joseph and John. John would tell of coming home from school at 7 years old and going off to work in the bakery, along with his older brothers, every afternoon and weekends. Today the bakery is still privately owned and operated by the 3rd and 4th generations of the Piantedosi family. The only time in his life when John did not work at the bakery was when he served in the armed services as a Marine for 3 years from 1943 to 1946. After the service, he returned home to the bakery and soon after met the love of his life and his bride of 69 years, and they began a family.

John’s passions were many. He loved to golf. He was a long standing member of Nashawtuc Country Club, Winchester Country Club and Broken Sound in Boca Raton. He was known by the club members for the endless hours he spent on the driving range, offering a tweak here or there to fellow golfers, observing golf swings and honing his own skills. His family loves to tell the story of John, later in life, having surgery to insert a stent in his heart a week before his 80th birthday. He was given permission by his cardiologist to play a golf tournament at his country club a week after the surgery, and shot an 80 on his actual 80th birthday!

Even in retirement, John never lost his love of baking and cooking. His blueberry and apple pies were legendary. His pizzas were always pre-made and ready to be baked and served to any spontaneous guest. John and Mary shared the joy of hosting friends for beautiful delicious meals, however their hospitality and generosity was not limited to just friends! Any workman who found themselves lucky enough to be at the Piantedosi house during lunchtime was invited to sit at the kitchen table and eat with the family. No one left disappointed. Cooking and baking was in his DNA and sharing it was his pleasure.

John was an avid reader and began his days with 4 newspapers. He consumed the WSJ and followed the stock market daily. But the thing that brought him the most joy in the last years of his life was any time spent with his grandkids. He never missed a school event, he loved their frequent visits, and they loved their Papa. Even their friends became Papa’s friends. They all got golf lessons from Papa and lots of lectures about the importance of doing well in school and hard work. He spoke often to them of gratitude and love. He was so proud of them. With all John’s life accomplishments, he would tell you his grandkids were his proudest legacy.

Papa will be laid to rest with his brothers, their wives and his parents in the family Mausoleum at Woodlawn Cemetery in Everett. Donations in memory of John’s beautiful life can be made to St Jude Children’s Hospital, 501 St Jude Place, Memphis, TN 38105. https://www.stjude.org/donate/donate-to-st-jude.html?sc_icid=header-btn-donate-now Services will be private due to COVID restrictions, but will be live streamed at 9:00 a.m. on Saturday, December 12th. To view the service, please visit https://sainteulalia.org/live-stream
Arrangements under the direction of Lane Funeral Home WINCHESTER. For online condolences please visit www.lanefuneral.com.
Read Less

Receive notifications about information and event scheduling for John

We encourage you to share your most beloved memories of John here, so that the family and other loved ones can always see it. You can upload cherished photographs, or share your favorite stories, and can even comment on those shared by others.

Posted Dec 21, 2020 at 12:19pm
To the Piantedosi Family, My condolences to your family. I went to school with Joe and while I didn't know him well I though of him as a sweet guy. I can see why, reading this. I am sorry to hear of your dad's passing Joe, and so happy for you and your family for having him in your lives. A beautiful legacy indeed. I will add that Piantedosi rolls are my all time favorite and it is so nice to hear of the history of the bakery and the love behind the loves.
Comment Share
Share via:

Posted Dec 13, 2020 at 08:58am
I 1st got to know John well @ the driving range @ Nashawtuc CC
almost 50 years ago...He would be hitting balls and we would talk about the golf swing..
I will never forget how he could fall asleep standing up!
He take his driver rest his right elbow on the top of the driver..
then he would rest his chin on his right hand......
It was remarkable!!
He have held that friendship for 50 years...(Winchester CC)
Along w/ his family (remember Meehan's & Piantedosi's)...
Willie; Johnny Carol...Mrs P..
I give you my love and affection.........
John was a wonderful man and treasure..
Michael T.Meehan
Comment Share
Share via:
BM

Posted Dec 11, 2020 at 11:35am
My sincere condolences to the everyone in the Piantedosi family. I love reading about him scoring an 80 on his 80th. How special that must have been for him. Being a special friend to Carol Ann and Diane I know the special bond and love that they had for their Dad and that he had for them and the rest of his children. I was one of the lucky ones that got to taste his focaccia many times. When a few of us attended Carol's bachelorette party at the Vineyard , I especially remember that he made sure we had several varieties. Carol and Diane always said to me that no one made them as good as their Dad did. My thoughts and prayers are with your all.
Comment Share
Share via: 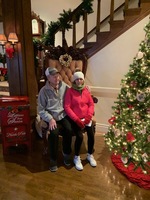 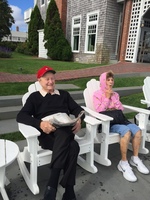 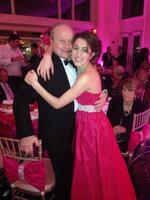