To share your memory on the wall of Frank Spang, sign in using one of the following options:

Frank is survived by his wife Susan and children Benjamin (Arlette) Spang and Kathryn (Matthew Lysakowski) Spang; by his grandchildren Kieran Spang and Cecelia and James Lysakowski; by all his brothers and sisters; by his many nephews and nieces; and by countless friends, colleagues, students and neighbors who will remember Frank for his kindness, sense of humor, and willingness to help others with any problem large or small. Frank was well known as many things: as a devoted husband and father; as a parishioner and usher at the Basilica of Saint Peter in Columbia, SC; as a tie aficionado who never subscribed to business casual; as a brewer of strong coffee, a baker, a chef, and a gardener; and as a lover of all animals and an all-around kind soul.

A memorial mass will be held at St. Mary’s Church, 160 Washington Street, Winchester at 10 a.m. on June 14, 2021. The interment will be at the Wildwood Cemetery, 34 Palmer Street, Winchester immediately following the mass. In lieu of flowers, donations in Frank's name may be made to a charity of your choice.
Read Less

Receive notifications about information and event scheduling for Frank

We encourage you to share your most beloved memories of Frank here, so that the family and other loved ones can always see it. You can upload cherished photographs, or share your favorite stories, and can even comment on those shared by others.

Frank A Smith. Jr. sent flowers to the family of Frank J Spang IV.
Show you care by sending flowers

Posted Jun 11, 2021 at 02:30pm
Our thoughts and prayers are with all of you. So sorry to hear of your loss. The Smith Family: Uncle Frank, Carol, Greg, Nancy and children. 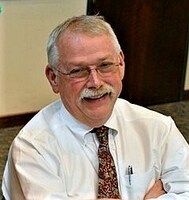