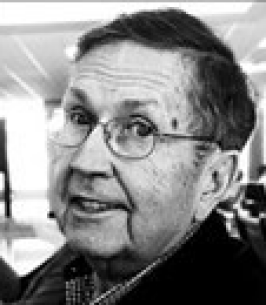 JACKSON, Francis Jr., Ph.D., of Winchester, died peacefully on September 21, 2021. His previously announced memorial service will be held this Friday, November 12, at 11am, at the Parish of the Epiphany, 70 Church Street, Winchester. Please visit www.lanefuneral.com for complete notice.

JACKSON, Francis Jr., Ph.D. Devoted Husband, Beloved Father and Grandfather, Brilliant Scientist, World Traveler Age 89, of Winchester, died peacefully on Tuesday, September 21, 2021. Dr. Jackson was born in Providence, RI to Mary Elizabeth (née Ryan) and Francis Joseph Jackson who worked together at the Davol Rubber Company. He survived a fever at age fourteen that took his father's life. For all of Dr. Jackson's years, his father's love of classical music and opera survived and thrived, inspired by the many hours that they spent together around the radio in the evenings. Dr. Jackson joyfully passed this great love along to his daughter and grandchildren. He received a full scholarship to La Salle Academy where the depth of his intellect and the breadth of his curiosity were apparent, not only in his studies, but in his licensed operation of a HAM radio (callsign W1RN), in the photographs he developed in a tiny closet of the house that he and his mother shared with two other families, and in the understanding of engineering he began to develop at the lighting and electrical supply company for which he worked part time. The last of those led him to earn his B.S. magna cum laude from Providence College and his M.S. and Ph.D. in physics from Brown University. In 1960, Dr. Jackson joined the Cambridge research and development company Bolt Beranek and Newman Inc., where he participated in every major project involving acoustic and anti-submarine warfare (ASW) programs for the U.S. Navy; he also founded the company's Washington technical office in 1967 and returned to Cambridge in 1981 to assume responsibility for all of the company's physical science programs. Dr. Jackson had a teaching heart. In addition to mentoring his younger colleagues in acoustics, he taught courses on the subject at Brown University, the Catholic University of America, and the University of Virginia, as well as in the BBN Program for Advanced Study in Underwater Acoustics and Sonar Systems Engineering. Dr. Jackson authored numerous papers and presentations, participated in at-sea sonar trials aboard both nuclear and conventional submarines, and became a Fellow of the Acoustical Society of America, a Senior Member of the IEEE, and a Member of several other societies including the U.S. Navy League and Navy Submarine League. On his retirement in 1998 as Senior Vice President, he was honored by his colleagues for his sage judgment, even temperament, and genius in solving problems both technical and managerial. For his own part, Dr. Jackson highly valued the vital capability and safety he had contributed to the servicemen and servicewomen of the Navy whose courage, honor, strength, and skill he deeply loved and admired. Dr. Jackson's generous spirit also guided him to a rich and rewarding involvement in his community. He will long be remembered in Winchester as an elected Town Meeting Member, a Chairman of the Town Finance Committee, and a Member of the Board of Winchester Country Club, among other roles. Dr. Jackson leaves to mourn his passing Nancy M. McMahon, the love of his life with whom he worked at BBN and traveled to Egypt, India, China, and everywhere in between; his daughter Mary Cecilia Jackson (William H. Triplett) of Savannah, Georgia; and his grandchildren Alexander J. Lutz (Rachel C. Lazarus) of Alexandria, Virginia, Nicholas A. Lutz (Amanda M. Quinn) of Silver Spring, Maryland, and Joshua Francis Lutz of Richmond, Virginia. He also leaves his cherished extended Barger (Fleckenstein, Hanson, Noordzij) family in whose homes and hearts Frank and Nancy were always welcomed with joy. ARRANGEMENTS: Relatives and friends are invited to his Memorial Service which will be held at the Parish of the Epiphany, 70 Church Street, Winchester on Friday, November 12th at 11. In lieu of flowers, the family requests that any memorial gifts be made to The Francis Joseph Jackson '54 Scholarship Fund (formerly the Mary Elizabeth Jackson Scholarship Fund founded in his mother's honor by Dr. Jackson himself) at Providence College, Harkins Hall 404, 1 Cunningham Square, Providence, Rhode Island 02918. Lane Funeral Home www.lanefuneral.com